Drug and Substance Abuse as a Survival Tool: Where the Youth Miss the Point 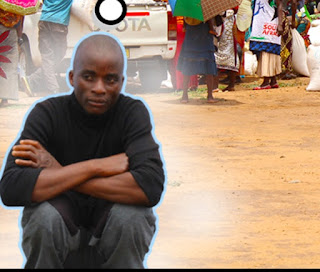 Apart from the escalation rate of unemployment and bulging population in urban areas in the country. Young people should be able to rise up, wise up and sense up the sole goal benefit of self-reliance and self-sufficiency.

Since independence, we were made to believe that education would attain us better employment and earn extra exorbitant remuneration packages. But, today, the reality is far from what we expected - a paradise in psychological limbo.

Young people both graduates and non-certificated ones are all struggling and they are finding hard to survive. A cross section of young people belonging to various youth groups are financially dependent on their parents or guardians. Frustrations and agony lead them to find ‘refuge’ in using hard drugs and cheap liquor. These are the substances which are locally available in the streets: marijuana, liquor, glue ect. Disappointment after being let down by girlfriend, changes in their socioeconomic status or just a bad moment in everyday business. Despite the fact that these are temporal matters that could be solved by other means and the last one being resorting to drug and substance abuse.

One could question that this dependency syndrome is it drug abuse first and the syndrome second or the venture is interchangeable. It is important for parents to give hope to struggling young people who are addicted to drugs and substances so that they should see the light at the end of the tunnel and find a reason to quit.

Too much drug abuse tarnishes the vision of prosperity. I as a once-addicted survivor, I had lost hope as I was staying with my parents. I almost resented virtues of academic brilliance and progress to achieve great things in life. Long term plans like building my own house and investing in certain business ventures seemed pointless. The following are quotes which many young people used to break free from the cocoon of drug and substance addiction.

o   “I got sick and tired of living the same way day-in-day-out, until a sense of sobriety flashed my mind like lightening”. In its crystal light, I decided to take Total control of my life.

o   “I can pull myself together and willingly achieve better things in life”. That drew my focus and made me to have an affinity of being creative in everything I do. I began to pay attention to sound advice and people who had and are killing it big time.

o   “Stop brooding about trivial things which do not amount to your vision and strategy”. I had to make a decision and surely I did.

o   “Assert yourself in readiness to change and to represent yourself”. I decided to clean myself up and free my soul to be vibrant and independent.

o   “Reflect on positive values more often”. I realized that negativity will take me nowhere and it was true because a few days after focusing on positive vibes, I was a different person all together.

On last thing: Keep on listening to Total Turnaround Radio Programme on YONECO FM every Saturday evening between 19:30 – 20:00!

The Blog was written by Mabhuchi Nyasulu - A Counsellor as well as Presenter and Producer of Total Turn Around Radio Programme
Posted by Ntcheu Young Bloggers at 07:16