Is World AIDS Day Worth Commemorating in Malawi? 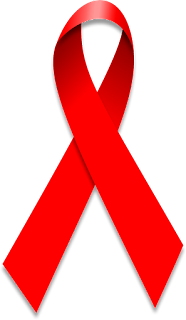 HIV and AIDS has claimed a lot of lives in Malawi since the time it was discovered in the 80’s. The pandemic has negatively impacted on the world’s socio-economic landscape on top of making numerous children orphans some of whom have grown up but are still feeling the tweak of the vulnerability it caused them during their childhood days.

According to a report by AVERT; 10.3% of the total population in Malawi is living with HIV and young people who form over half of the country account for over 50% of new HIV infections.

The very mention of HIV sends shivers among many Malawians especially the youth and the whole concept of commemorating the World Aids Day is something they fail to grasp till today.
HIV and AIDS are terms that remind many people about the loved ones they lost as well as the stigma and discrimination which they or their dear ones suffered or are still suffering. Malawian society has not fully grasped the effects and dangers of stigma and discrimination that I perpetrated against people are living with HIV. Consequently, the on going stigma and discrimination is a thorn in the flesh towards the efforts of fighting against HIV and Aids.

Despite various interventions by the government, local and international Non Governmental Organisations (NGOs) and other development partners to deal with the two vices, stigma and discrimination based on one’s HIV status is still a menacing innocent lives of people in schools, communities and in work places. A number of people, including the youth, have lost their lives because of stigma and discrimination and this is a cause for concern.

On the other hand, Malawi has made commendable strides in the fight against the pandemic and this is a cause for celebrating such efforts.

This background justifies the need why the Malawi nation should join the rest of the world in celebrating the achievements that have been registered so far and look at ways on how to arrest the spread of the virus. The World AIDS Day also provides an opportunity for the AIDS servicing organisations, the private sector, the academia and the general public to seriously look at various issues surrounding the pandemic and collectively find solutions to such challenges that include stigma and discrimination.
.
HIV prevalence rate for young people in Malawi is still on the rise. Young people make up to 60% of the national population and there must be more interventions to protect the future in a way that there must be much investment in HIV prevention programmes and much advocacy on provision and accessibility of quality Youth Friendly Health Services (YFHS).

Just like in many other countries, the World Aids Day in Malawi is marked by a national event with traditional dances, speeches and testimonies. This is a day whereby people reflect and build hope for tomorrow. We further remember those who died of HIV and AIDS and many others who contributed positively in the fight against the virus.

Even though the country has lost a lot of productive citizens because of AIDS, there is great hope for life, accomplishment of dreams so long as we provide care and support to those living with the virus while at the same time keeping the promise by ensuring that those living with HIV should avoid re-infection and infecting others with the  Virus.

An HIV free generation is possible.

By Timothy Bengo
Posted by Ntcheu Young Bloggers at 07:11